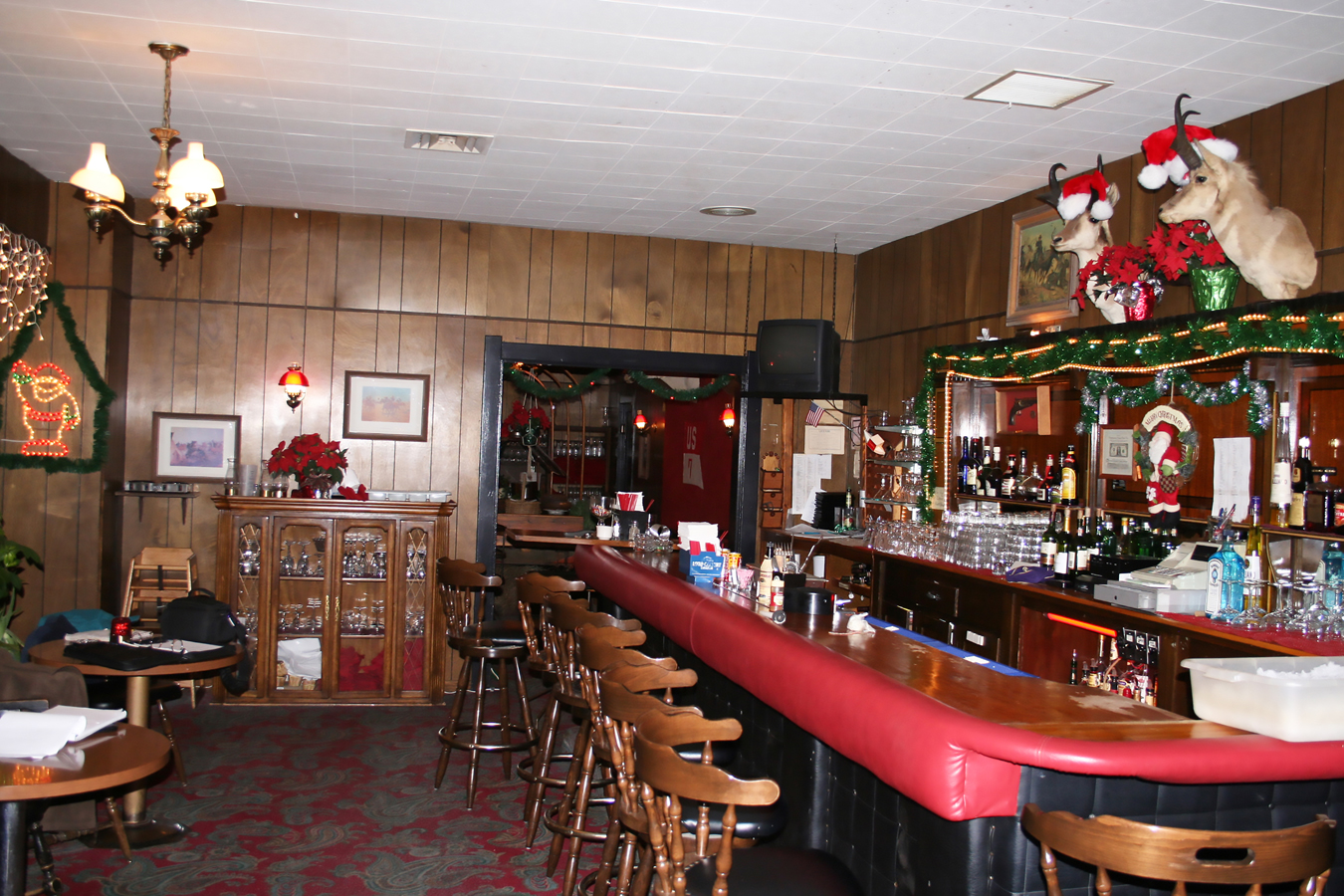 The Cavalryman Steakhouse bar (pictured in 2006) has been preserved over the years to maintain continuity with the historical building. Minor updates, including a change from red vinyl bar tops to black, do not stray from the western frontier look and ambiance of the original establishment.