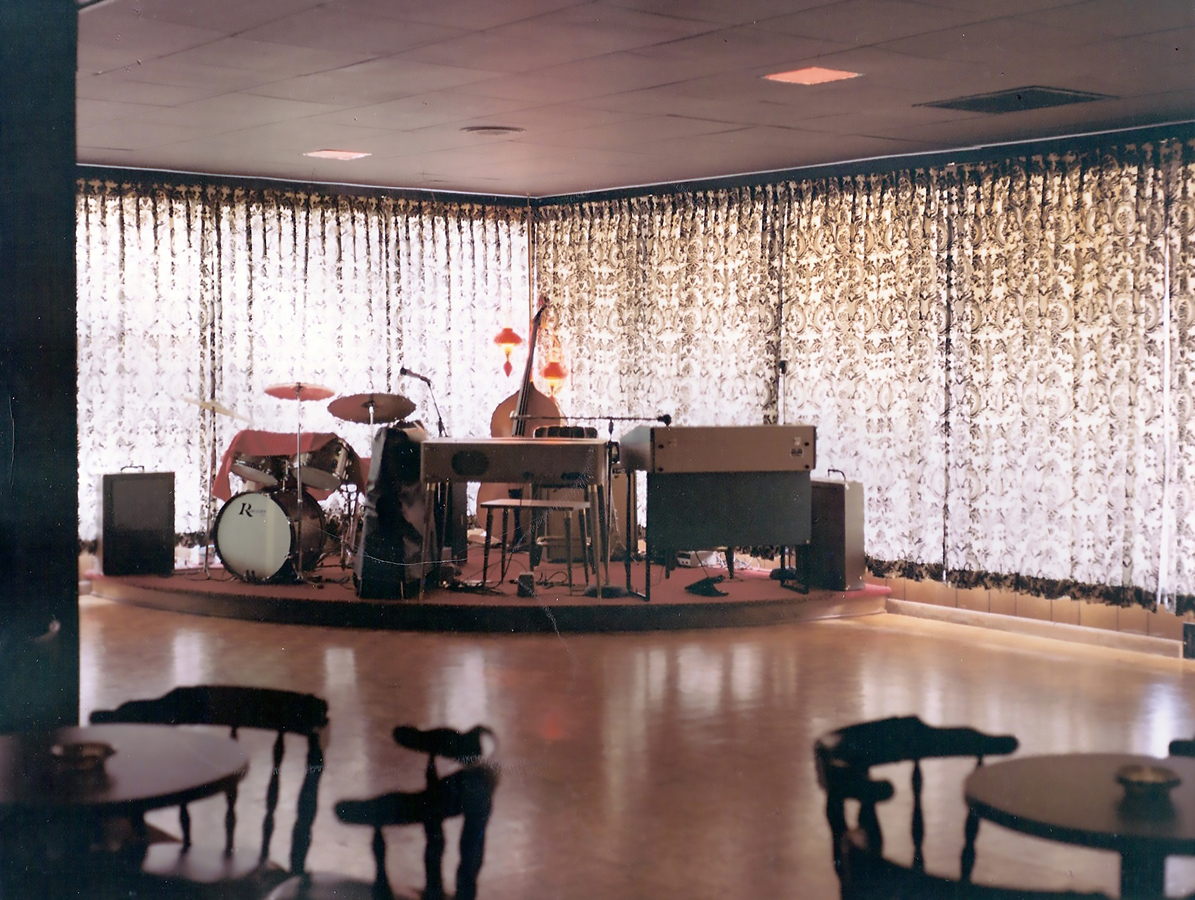 The Cavalryman Steakhouse stage, where live music could be heard and danced to, pictured here in the early 1970’s shortly after the restaurant opened. The same stage has been preserved and is often used for live performances today. This area of the Atrium was once the swimming pool of the Laramie Country Club.