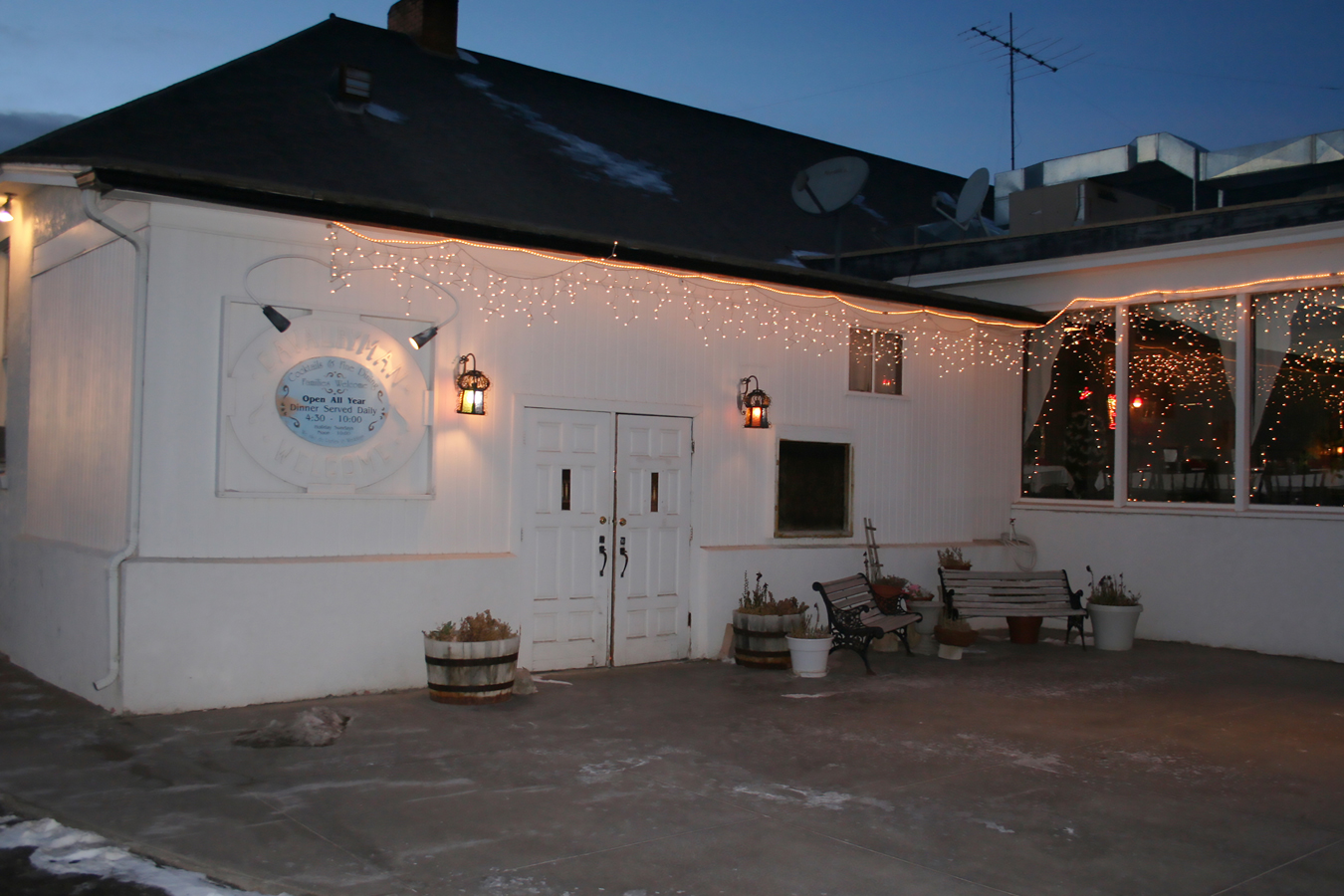 The front entrance of Cavalryman Steakhouse (pictured here in 2006) when it was first acquired by its current owners. Today, we have added a courtyard with fencing and planters  to enhance the front entrance.