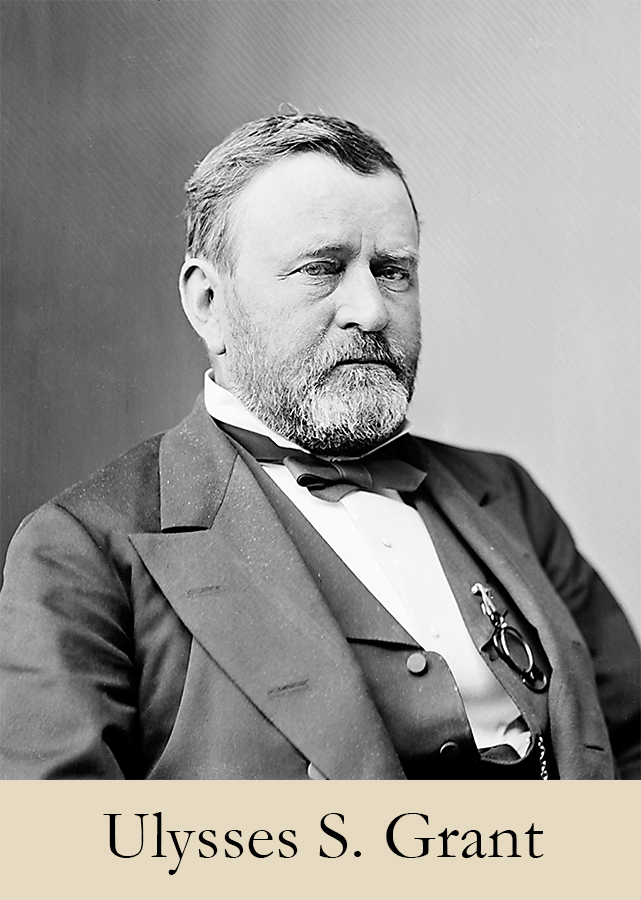 Ulysses S. Grant was a United States General and commander of the Union armies during the latter years of the Civil War. Serving under President Abraham Lincoln, he engineered a successful end to the Civil War in 1865.

In 1868, when a major dispute arose between Dr. Thomas Durant and General Dodge over the engineering of the Union Pacific Railroad, General Grant was called in as a mediator. He made it clear in the meeting that General Dodge was expected to be the chief engineer on the project.