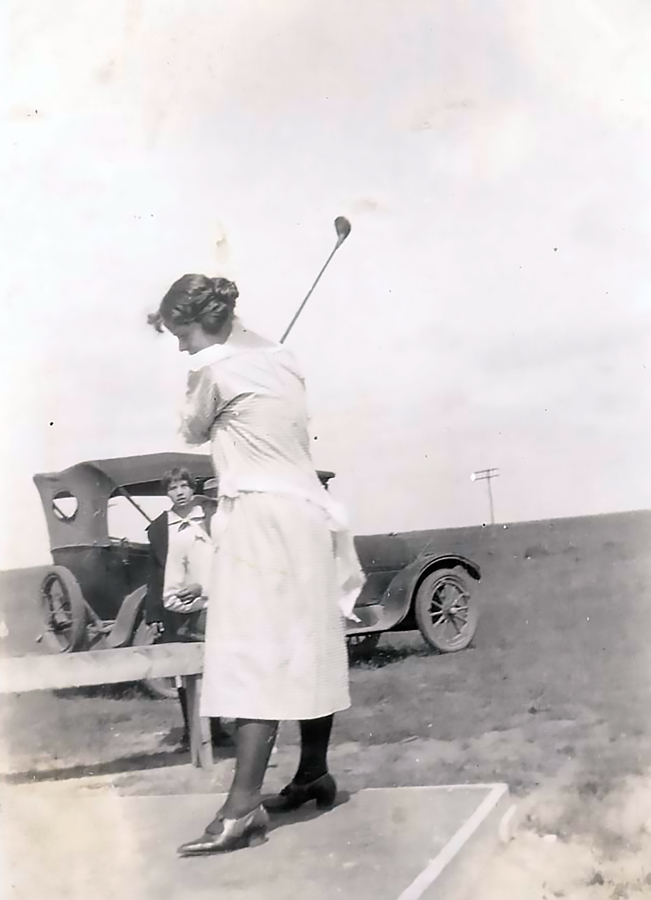 The building the Cavalryman Steakhouse occupies today was initially built in 1925 to serve as the clubhouse for the local Laramie Country Club. It had a nine hole golf course built on sand as well as a swimming pool. Here we see one of the members teeing off at the Country Club Golf Course. The Country Club moved to the west side of town in the 1960’s and the building was abandoned for 10 years. In 1970, Bob and Betty Gerard founded the Cavalryman Supper Club in its present location. Just to the east, remnants of the nine-hole golf course can still be found.