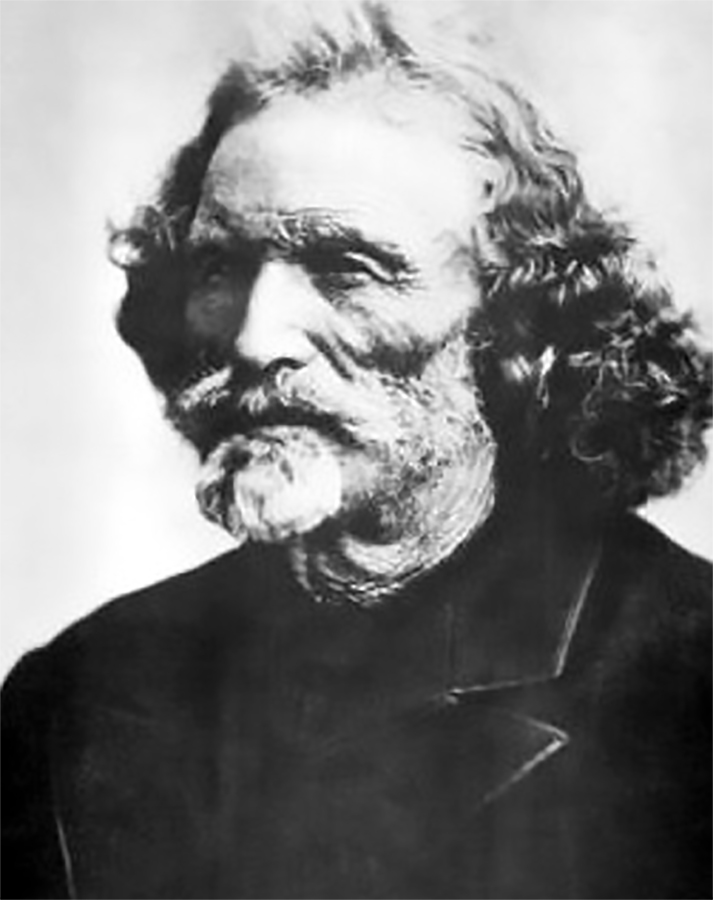 Jim Baker (1818–1898) was a trapper, scout, guide and friend of Jim Bridger and Kit Carson. A colorful figure of the Old West, he was also one of General John C. Fremont’s favorite scouts.

Born in Belleville, Illinois, at age 21 he was recruited by Jim Bridger as a trapper for the American Fur Company, and on May 22, 1839, he left St. Louis with a large party heading for the annual fur trading rendezvous in the mountains. In August 1841, Jim Baker was involved in a bitter fight at the junction of Bitter Creek and the Snake River when 35 trappers faces a large band of Sioux, Cheyenne, and Arapahoe tribesmen.

In 1855, Baker was hired as chief scout for General William S. Harney of Fort Laramie, and was part of the Federal Army sent to confront the Mormons moving westward. Baker was married numerous, each time to a Native American woman, including the daughters of a Cherokee chief and the Shoshone’s Chief Washakie.