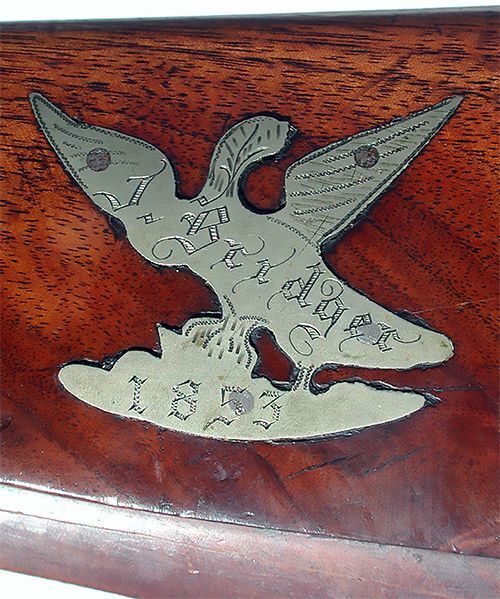 The insignia on Jim Bridger’s rifle, which is on display at the Museum of the Mountain Man Museum in Pinedale, Wyoming.
Jim Bridger (James Felix Bridger) was among the foremost mountain men, trappers, scouts and guides who explored and trapped in the Western United States during the decades of 1820-1850. He also helped mediate between native tribes and encroaching white settlers.

What is now known as Fort Bridger State Historic Site in Fort Bridger, Wyoming was first established by Jim Bridger and Louis Vasquez in 1843 as an emigrant supply stop along the Oregon Trail. It was obtained by the Mormons in the early 1850s, and then became a military outpost in 1858. In 1933, the property was dedicated as a Wyoming Historical Landmark and Museum.

Learn more about the history of Jim Bridger.