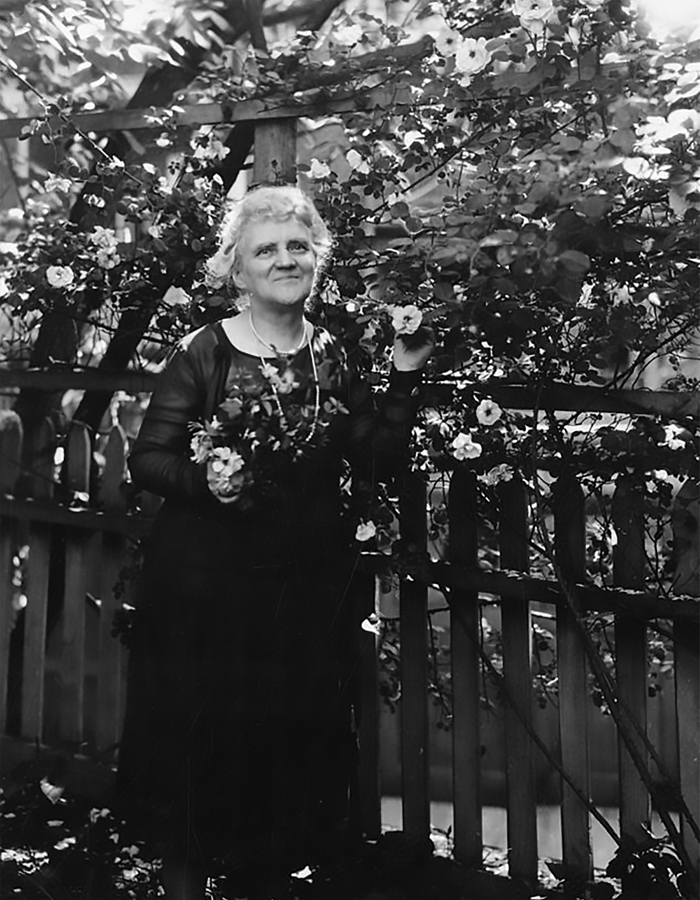 May Gorslin Preston Slosson served as the chaplain at the nearly all-male Wyoming Territorial Prison in Laramie, Wyoming from 1899-1903.

In 1880, she was the first woman to earn a Ph.D. from Cornell University and the first woman to obtain a doctoral degree in philosophy in the United States. She and her husband, Edwin Emery Slosson, moved to Laramie in 1891 where she organized a series of Sunday afternoon lectures for the prisoners. When the position of chaplain became vacant, the prisoners requested Slosson.

Slosson obviously had a connection with the inmates and helped to institute prison reform. She held counseling sessions and even wrote letters on their behalf. In addition, every man pardoned was invited to her home for a home-cooked meal upon his release.

Learn more about May Preston Slosson.