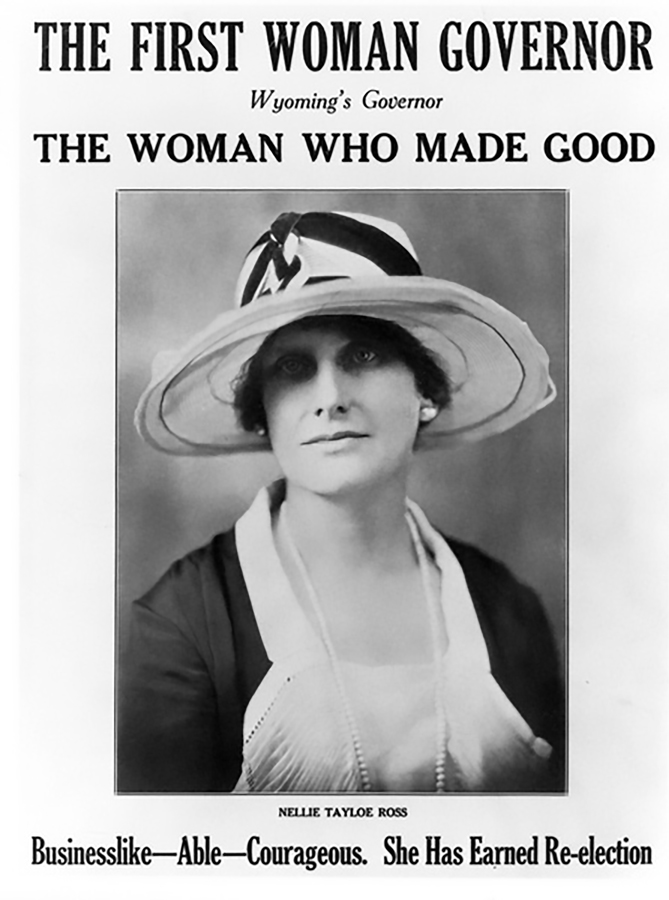 Ross was elected governor of Wyoming in 1924, when her husband, incumbent governor Democrat William Bradford Ross, died just prior to re-election. While in office from 1924-1926, she did not accomplish much, as she was a Democrat in a primarily Republican state. However, her graciousness and business-like manner gained her great respect.

Ross lost her re-election bid to a Republican candidate in 1926, yet she remained active in politics and served as the vice-chairwoman for the Democratic National Committee, working closely with Eleanor Roosevelt. In 1933, President Franklin D. Roosevelt named Ross director of the United States Mint, a position she held for 20 years.