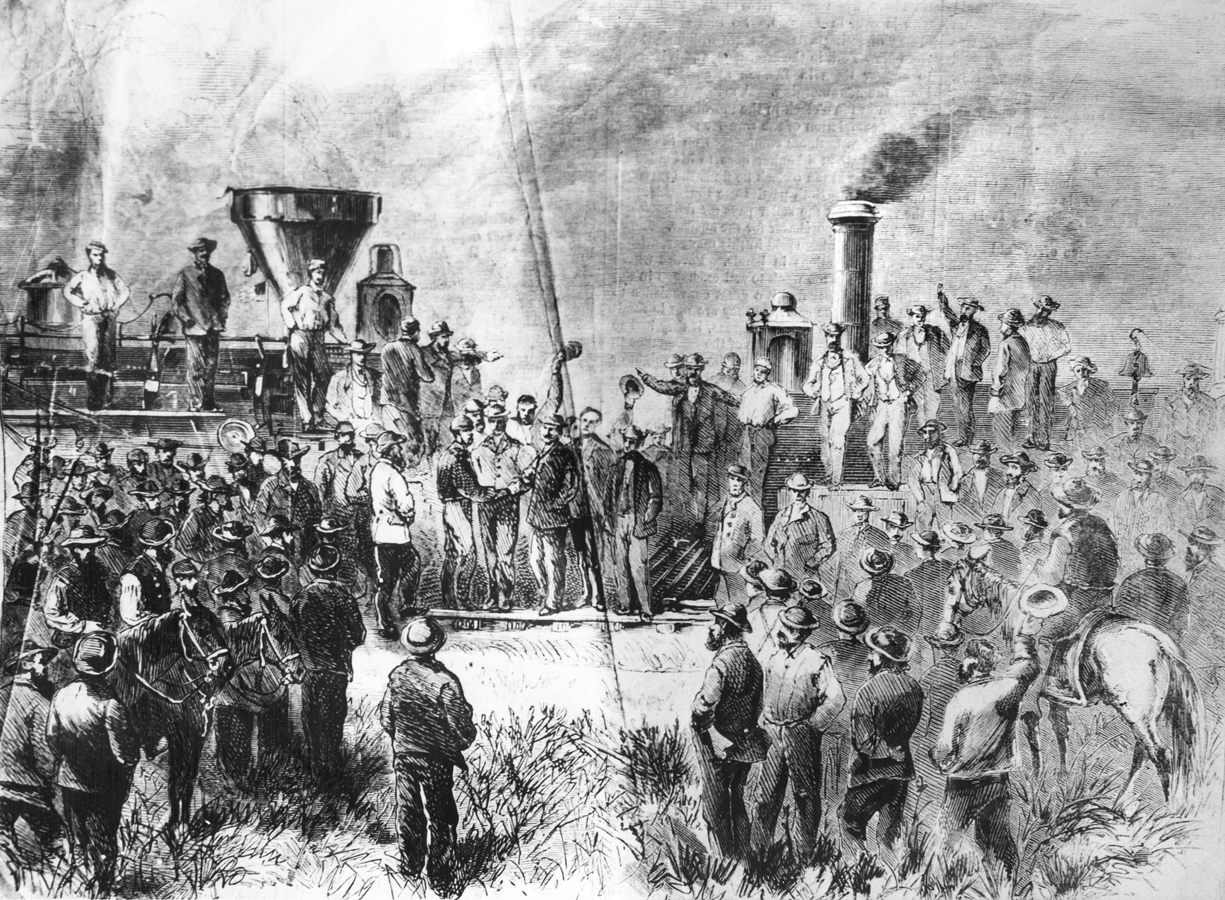 Promontory Summit, northwest of Salt Lake City, Utah, is notable as the location where the First Transcontinental Railroad in the United States was officially completed on May 10, 1869. Numerous directors and dignitaries of the Union Pacific Railroad and the Central Pacific Railroad were in attendance. President Ulysses S. Grant himself hammered in the Golden Spike to join the two tracks.

Learn more about the celebration at Promontory Point.