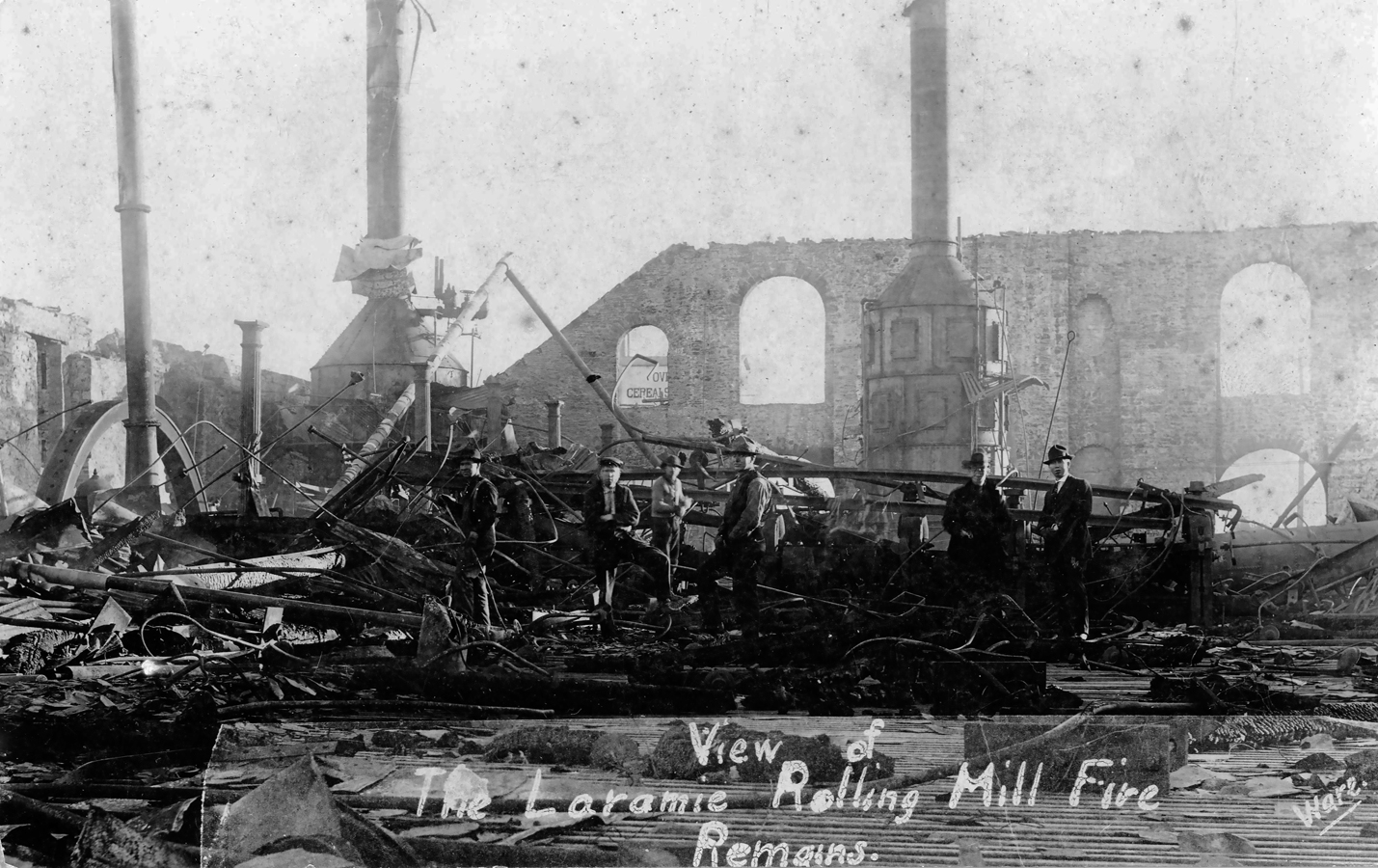 Remains from the Rolling Mills Fire.

What was supposed to transform Laramie into the “Pittsburgh of the West” went up in smoke and was never rebuilt. The Union Pacific Rolling Mill was constructed in 1875 to “re-roll” old railroad rails and other metals. The mill employed approximately 100 people, and its presence might have been the springboard for further industrial development in Albany County until it burned down in 1910.

Learn more about the fires that have affected Laramie, Wyoming.