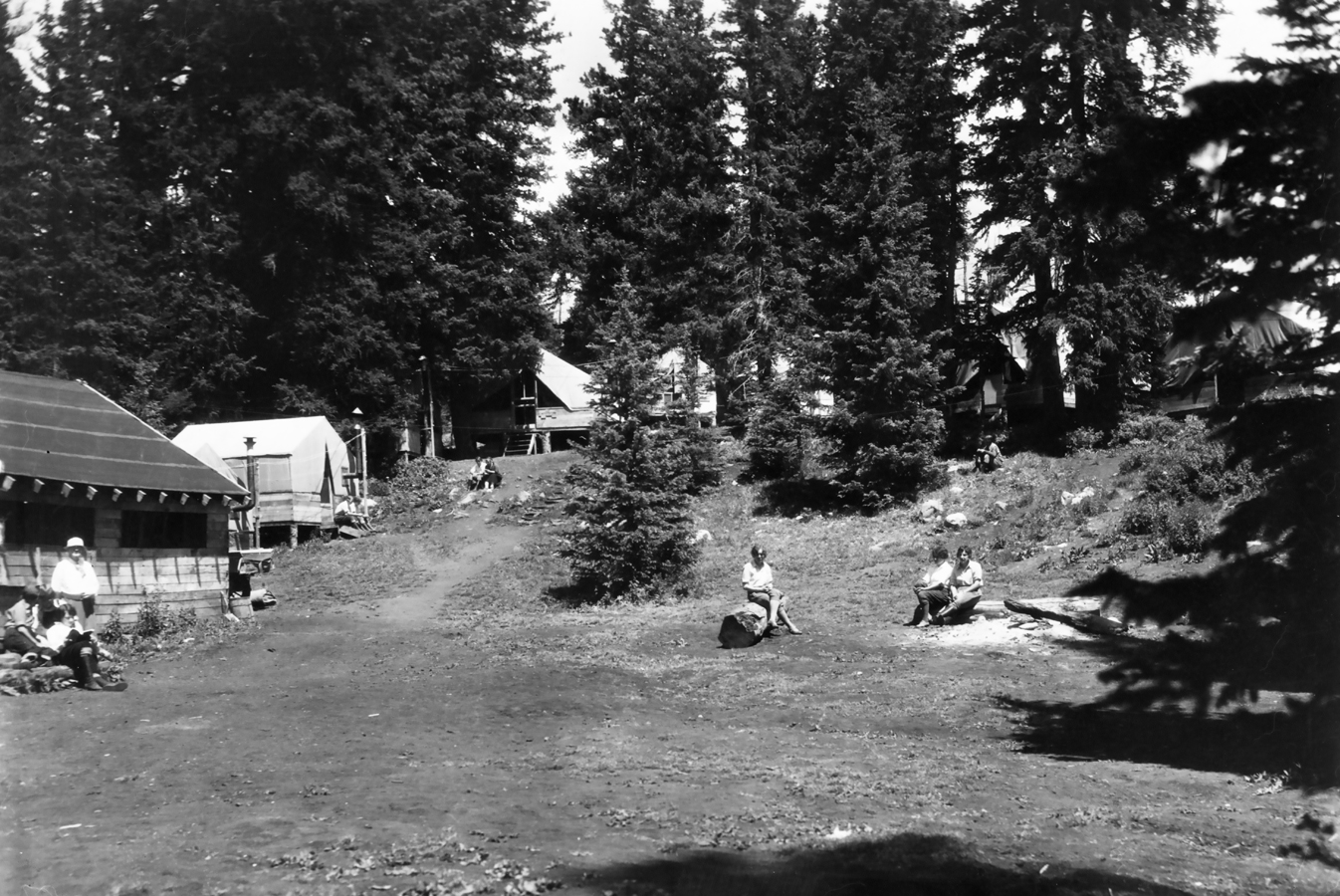 Affectionately referred to as “Doc” Knight, Samuel H. Knight succeeded his father as the second Wyoming State Geologist. Knight served as both the Wyoming State Geologist and head of the University of Wyoming’s Geological Museum exhibits. In the summer of 1923, he established Science Camp at the head of Long Canyon– a base for fieldwork for the study of geology, zoology and botany.

The camp became so successful that a cooperative arrangement between the geology departments of the University of Wyoming and Columbia University lasted for more than 30 years.

The camp was located 30 miles from Laramie in the Medicine Bow Mountains. From 1935 to 1937, the WPA and the Civilian Conservation Corps (CCC) aided with its construction.