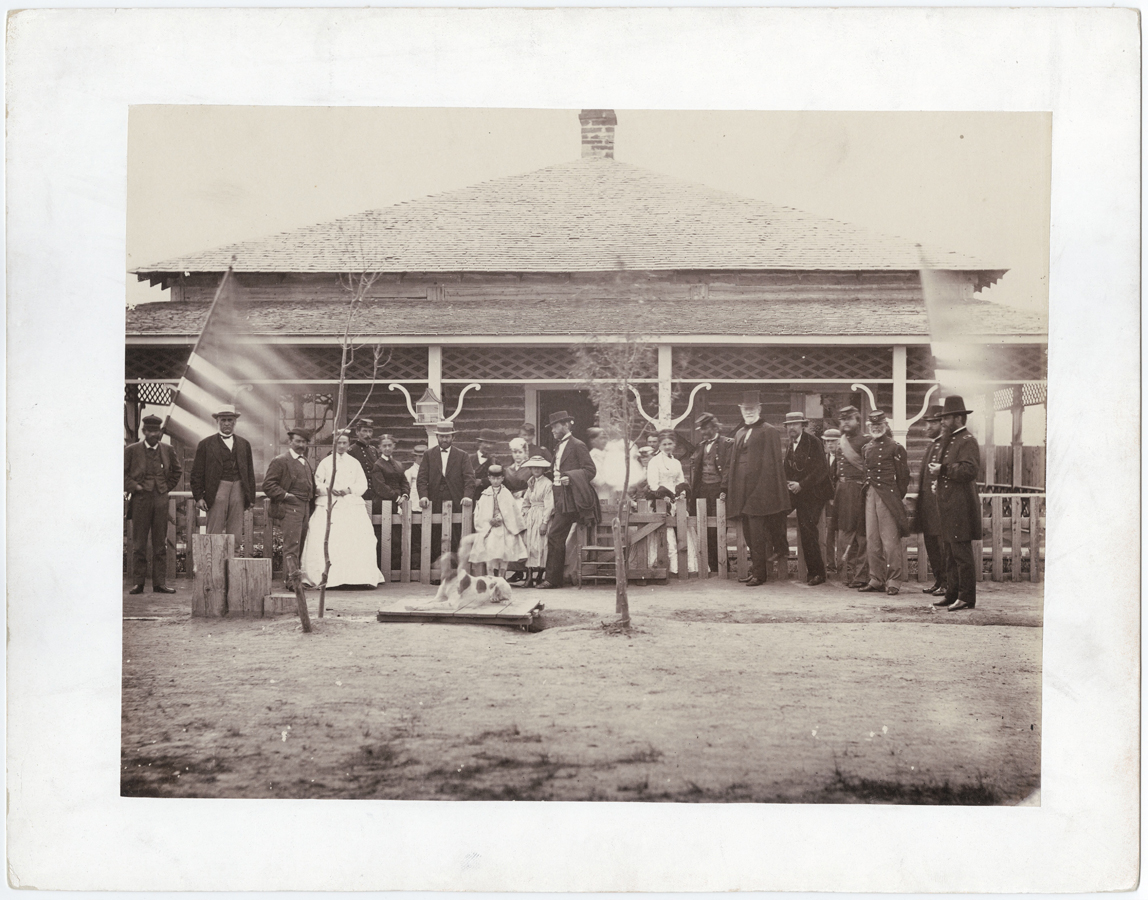 In 1868,  a “showdown” occured at Fort Sanders between General Grenville Dodge and Dr. Thomas Durant, American financer and railroad promoter, over the proposed route of the Union Pacific Railroad.

Formerly associated with the construction of other railroads, notably the Mississippi and Missouri Railroad across Iowa with engineer Henry Farnam, Durant came to the Union Pacific Railroad as vice president and general manager to extend a number of his own interests that would benefit financially from its construction.

By December 1865, the Union Pacific had only completed 40 miles of track, reaching Fremont, Nebraska, and some further 10 miles of roadbed. Peter A. Dey, Chief Engineer of the Union Pacific, resigned — also over a routing dispute with Durant.

During the meeting in 1868,  General Grant made it clear that the federal government expected General Dodge to be in charge of the railroad project, although he was already in dispute with consulting engineer Silas Seymour.

Following the completion of the railroad, Dodge became the president of the Texas & Pacific Railway.