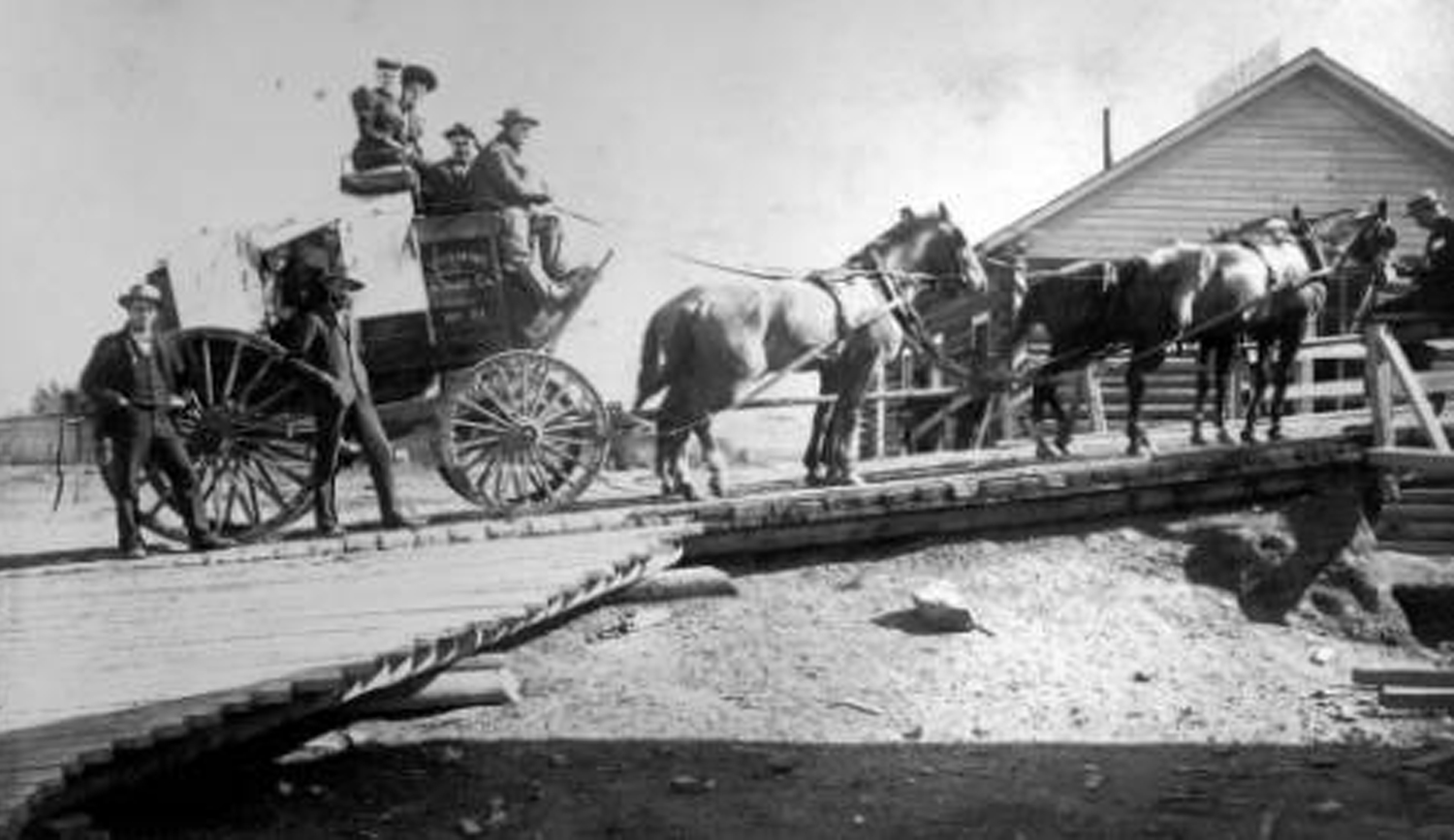 The Overland Trail was a stagecoach and wagon trail used as an alternative route to the Oregon, California, and Mormon trails through central Wyoming in the 1860s. The Overland Stage Company, owned by Ben Holladay, used the trail to run both mail and passengers to Salt Lake City.

With the onset of the Civil War, soldiers previously assigned to guard stage station property were unavailable to protect the trail against stock theft and harassment of passenger coaches. Holladay requested permission of the federal government for protection to move the stage line route further south into what is now southern Wyoming.

Col. William A. Collins, Army commander of the region, had few troops to spare other than the “galvanized Yankees” – former Confederate soldiers who had chosen to serve on the frontier as an alternative to prisoner-of-war camp – but his unit assisted successfully with moving the company’s equipment and personnel to a new route.

Eventually, Fort Collins, in Colorado, would be named for Col. Collins.

Learn more about the Overland Trail and Stage.