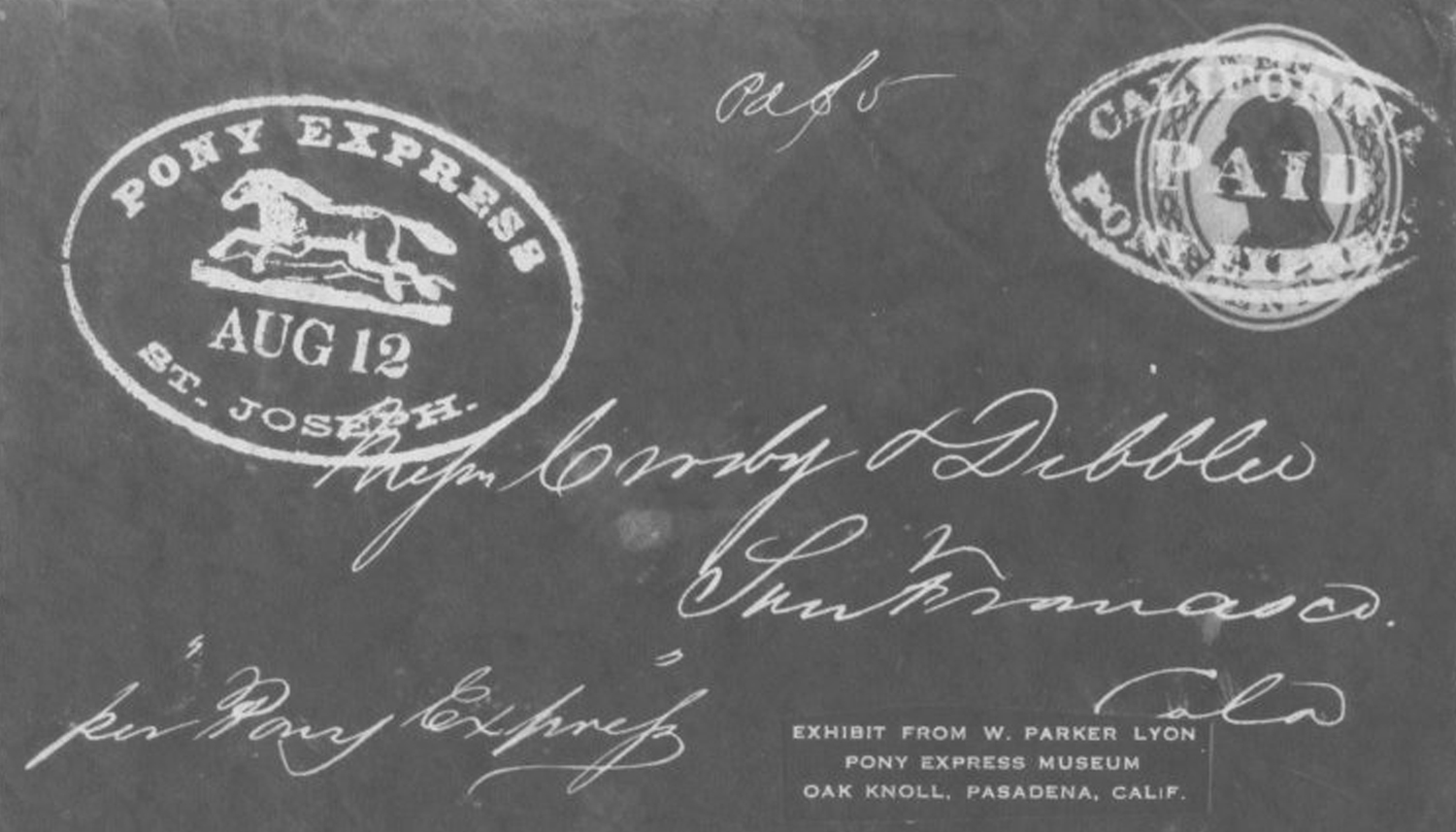 The Pony Express was a mail delivery service by horseback that used a series of relay stations operating from April 1860 to October 1861. The route began in St. Joseph, Missouri and traveled across the Great Plains, over the Rocky Mountains, running as far the Sierra Nevada and Sacramento, California. Founders William H. Russell, Alexander Majors, and William B. Waddell were all notable in the freighting business.

The Pony Express became the West’s most direct means of east–west communication before the telegraph was established, and was vital for tying the new state of California with the rest of the United States.

Learn more about the Pony Express.