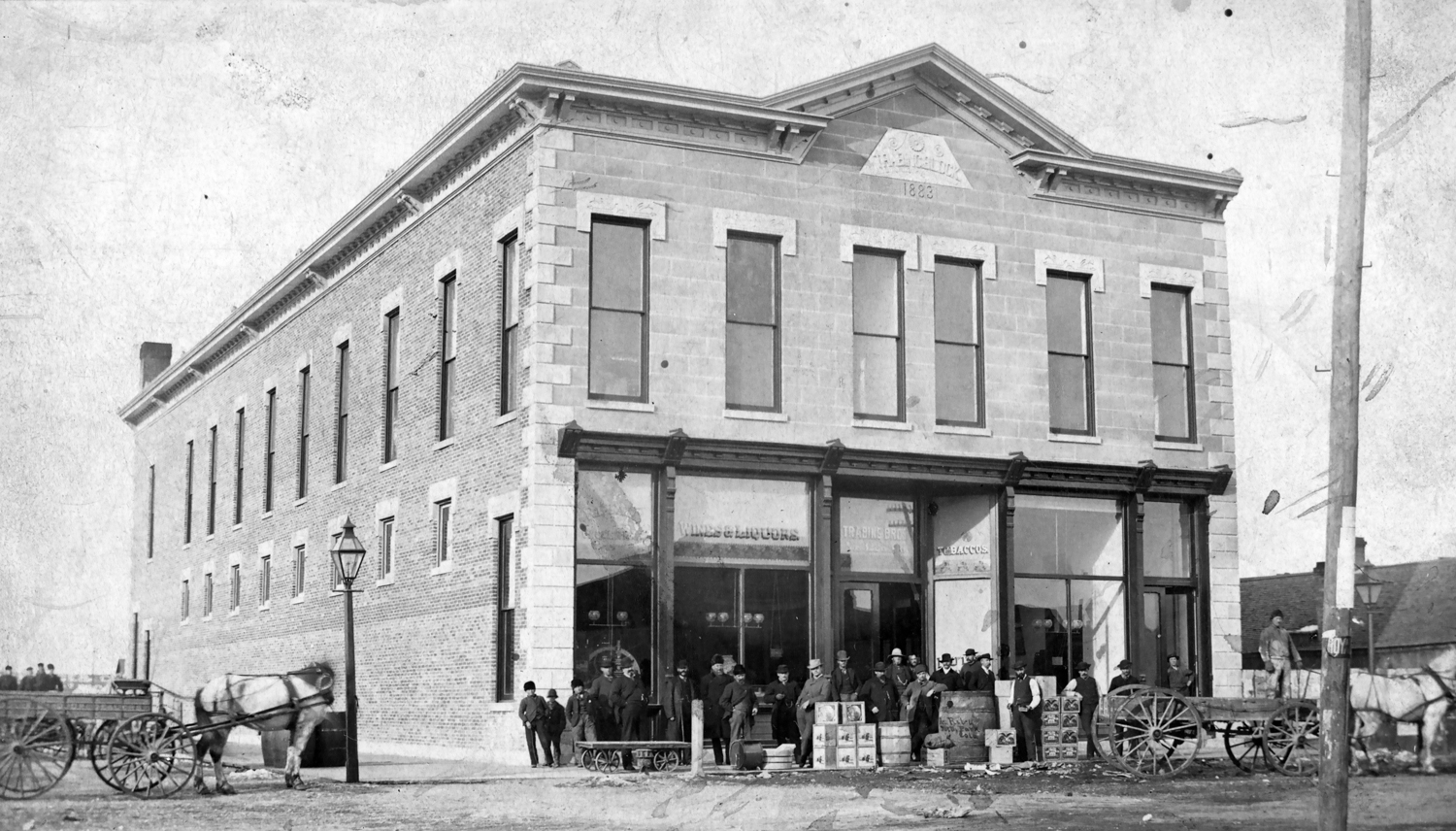 The Trabing Brothers’ Trabing Commercial Company Store was one of the first commercial enterprises in Laramie. Augustus J. Trabing and his brother Charles had opened other stores in Nebraska and Wyoming, but these operations either burned down or were robbed. In 1869, Augustus Trabing moved his headquarters to Laramie in the old Blue Front Theatre. It was a one-story wooden structure that Trabing painted a bright blue, hence the name Blue Front.

Learn more about the fire that destroyed the store.