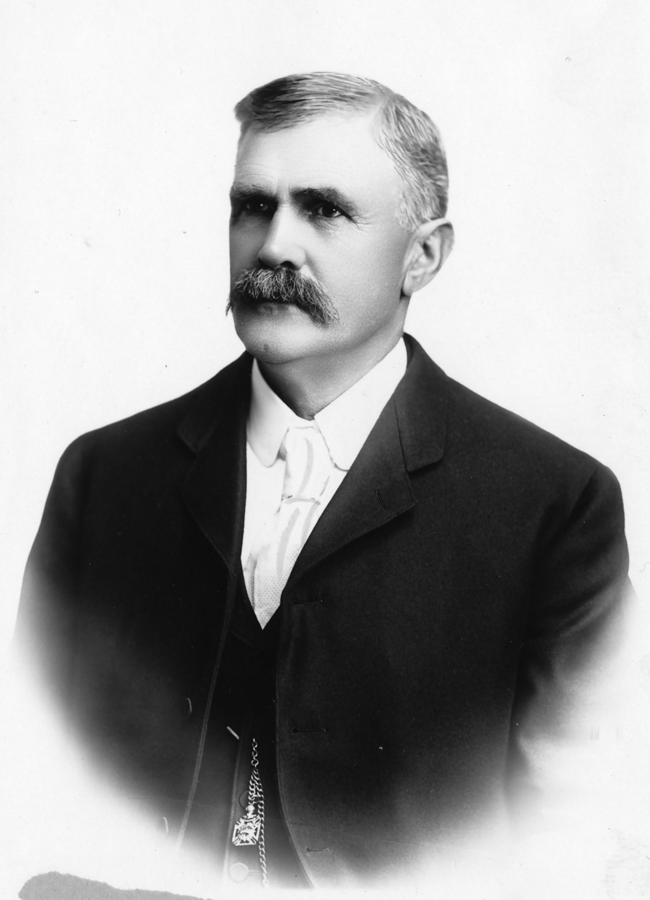 William Helmus Holliday was a successful Laramie businessman. He founded and owned the W.H. Holliday Co., a lumberyard, general mercantile and building contracting company built in 1886 that occupied the entire block between 2nd and 3rd and Garfield and Custer.

In the 1860s, Holliday, his brother Jethro and another partner –William R. Williams — owned a thriving timber company in Sherman, Wyoming (19 miles southeast of Laramie). The company provided the lumber for much of the construction of Greeley, Colorado. Within two years, Holliday bought out his partners and moved to Laramie.

Holliday was active in Democratic Party politics and served in the Territorial Legislature. In 1894, he was the Democratic candidate for Congress but lost his bid to Joseph Carey. He was elected to the Wyoming State Senate in 1892 but resigned to run for governor instead. He did not win. However, Holliday continued to serve in the Wyoming State Legislature for many years.