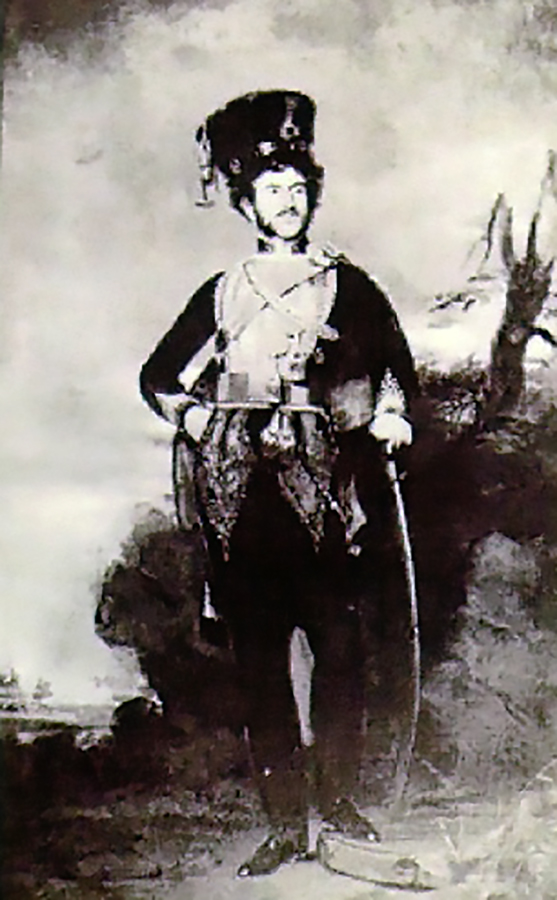 Sir William Drummond Stewart, 7th Baronet (1795 – 1871) was a Scottish adventurer and British military officer who traveled extensively in the American West in the 1830s. To document his trip, he hired American artist Alfred Jacob Miller to join him.

Miller (1810-1874) is famous today for his images of the American West, specifically of the Rocky Mountain fur trade and its participants, including this 5 x 9-foot portrait of Captain Stewart during one of his early trips to the mountains.

Many of Miller’s completed oil paintings of American Native American life and the Rocky Mountains originally hung in Murthy Castle in the U.K., though they have now been dispersed to a number of private and public collections.