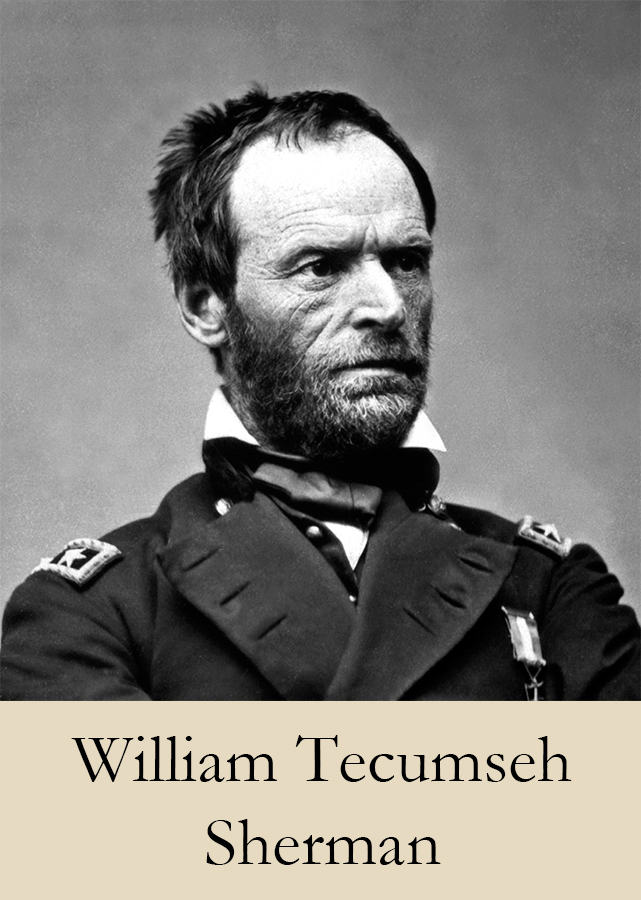 General William Tecumseh Sherman was a graduate of West Point who served in the Union Army during the Civil War. He was also a businessman, educator, banker and author.

Two months after Confederate General Lee’s surrender, Sherman was given a command that comprised the territory from the Mississippi River to the Rocky Mountains.