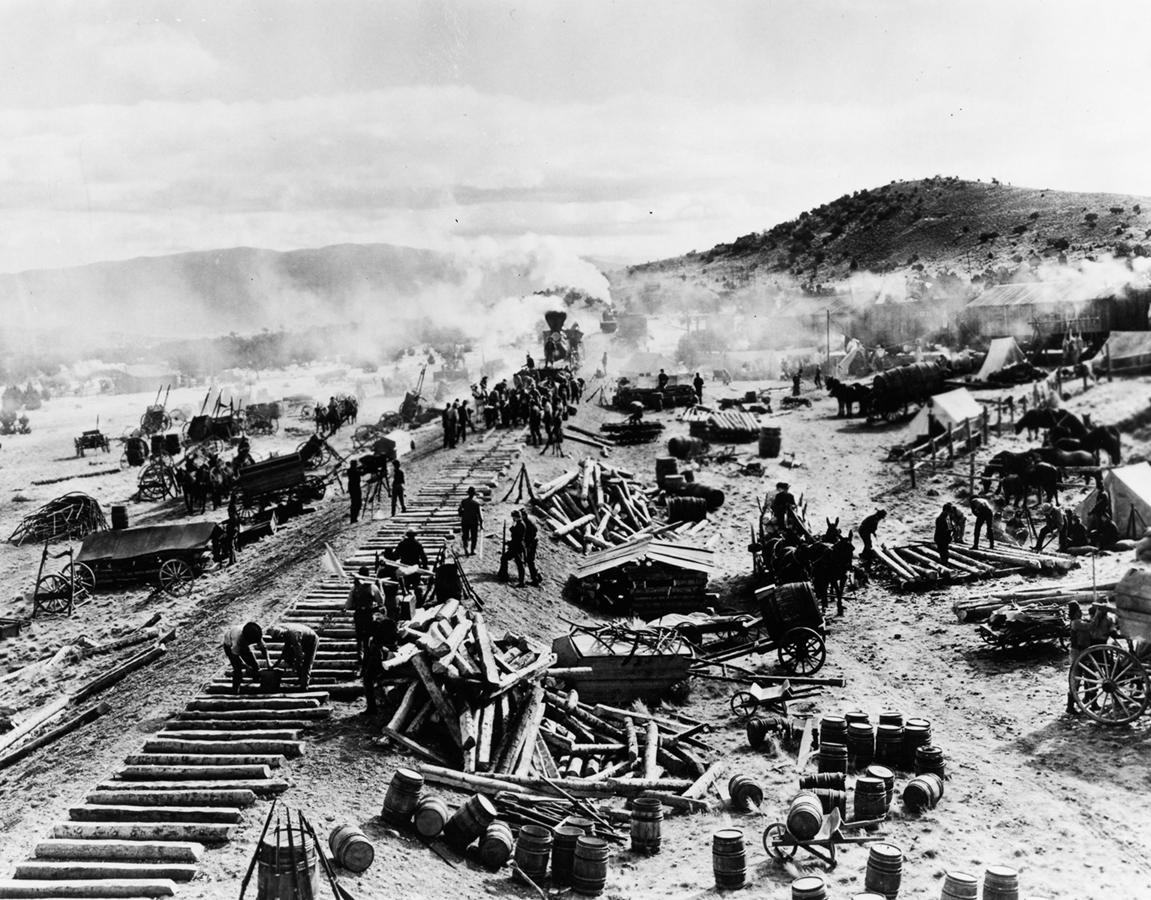 Men worked in groups to lay the railroad  tracks and other functions of the construction process.

The construction of the Union Pacific Railroad struggled from a shortage of workers.  According to a PBS documentary, an engineer working on the construction of the railroad wrote to railroad executive Thomas Durant begging him to import workers to help saying, “It is impossible to do anything in the way of letting this work now without some provision for furnishing men.”  Durant in turn asked the War Department to ship a portion of those slaves freed by the ongoing Civil War, but the government declined. Union General Grenville Dodge offered use of Indian prisoners from his winter campaign. Still,  no practical solutions were forthcoming. By the end of 1865, only 40 miles of track had been laid across the inviting valley.

Learn more about a the building of the Transcontinental Railroad.