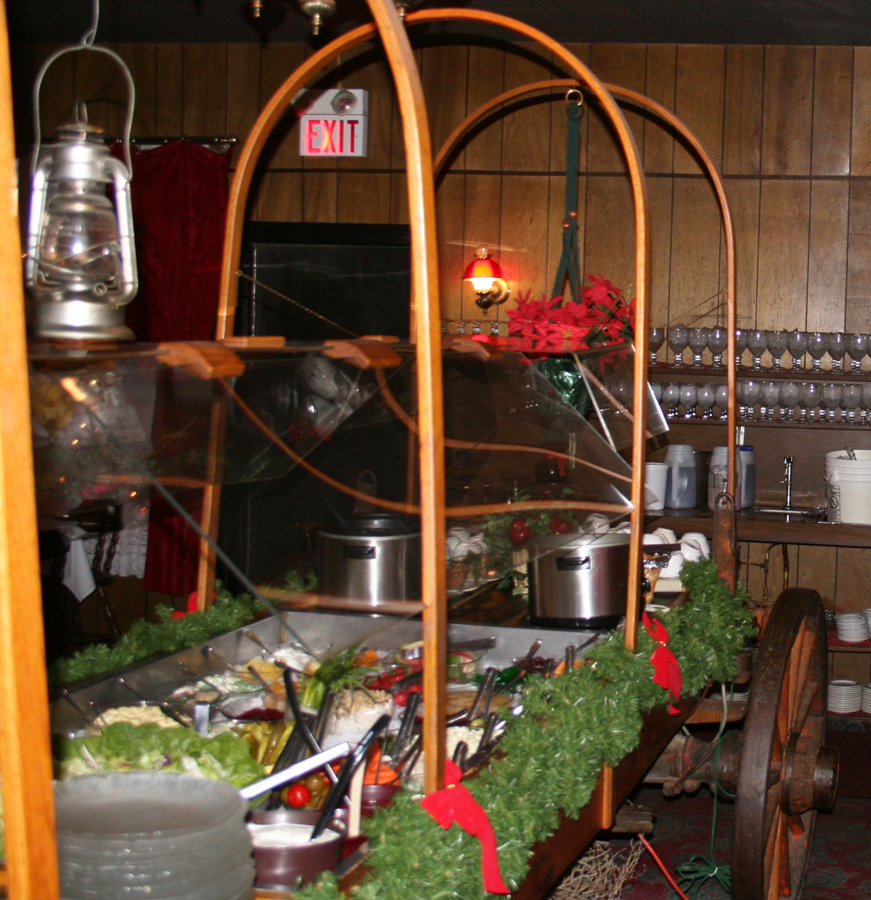 Cavalryman Steakhouse was famous for their Wagon Wheel Salad Bar (pictured in 2006). We still have customers asking about the old salad bar to this day — which was made from a real frontier wagon much like the pioneers used to traverse the Wyoming Territory along the Overland Trail (not far from the restaurant location). The old wagon has been preserved and remains in storage.