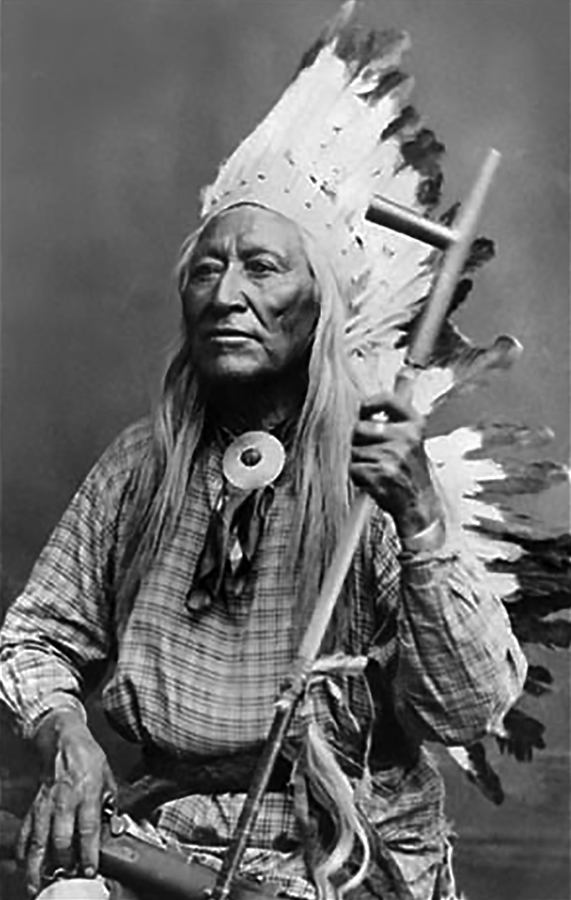 Chief Washakie  (1804—1900) was a Shoshone chief who performed extraordinary acts of friendship for white settlers while exhibiting tremendous prowess as a warrior against his people’s tribal enemies. When wagon trains were passing through Shoshone country in the 1850s, Washakie and his people aided the overland travelers in fording streams and recovering strayed cattle. He was also a scout for the U.S. Army.

Washakie served as representative for both the Shoshone and the Bannock tribes at the 1868 Fort Bridger negotiations. As a result, Washakie’s people surrendered the Green River Valley of eastern Utah and southern Wyoming to provide the right of way for the Union Pacific Railroad. Today, the Wind River Reservation serves as the contemporary home of the Eastern Shoshone and Northern Arapahoe tribes. The reservation covers more than 2.2 million acres in central Wyoming’s beautiful Wind River Basin.

A statue of Washakie was given to the National Statuary Hall Collection by Wyoming in 2000. Washakie’s prowess in battle, his efforts for peace, and his commitment to his people’s welfare made him one of the most respected leaders in Native American history. Another statue can be seen in front of the Wyoming State Capitol.