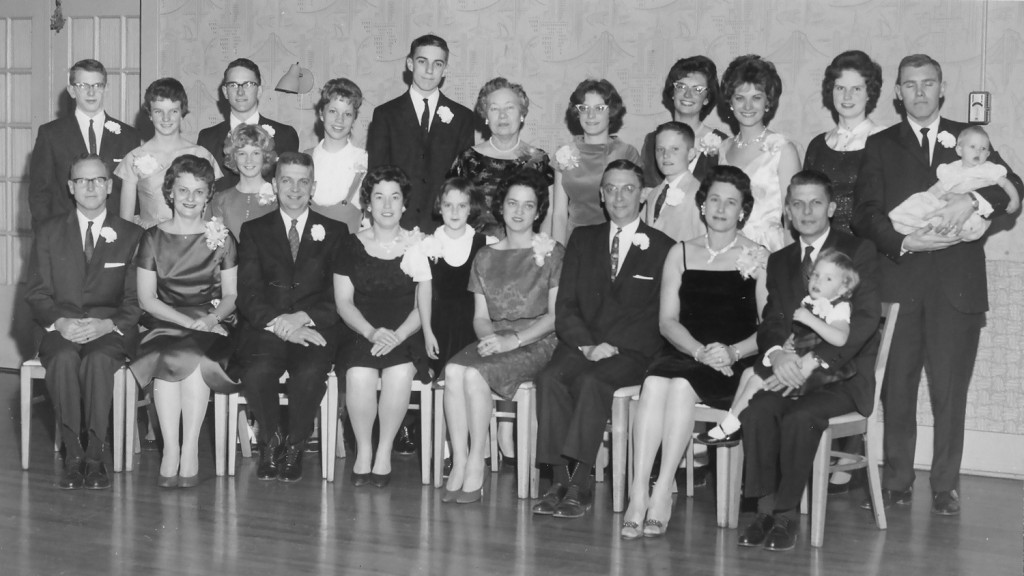 Celebrations were the norm at the Laramie Country Club. Families and organizations often gathered at the Cavalryman Steakhouse as they still do today.

A joint celebration of wedding anniversaries was held at the Laramie Country Club in 1962 for the Hitchcock and Mullens families.

Eliot, David, Clinton, and Elinor are the Children of Wilbur A. Hitchcock and Gladys Corthell Hitchcock. They all graduated from the University of Wyoming and lived in Laramie most of their lives. Eliot and Clinton were architects like their father Wilbur, operating as Hitchcock and Hitchcock Architects. Elinor married Glenn Mullens who was a Professor of Engineering at the University of Wyoming and structural engineer for Hitchcock and Hitchcock Architects. After Glady Corthell Hitchcock’s untimely death in 1925, Wilbur married Verna J. Hitchcock in 1930. He was killed in a tragic car accident on their honeymoon and Verna stayed and raised the children with help from extended family. Verna had a distinguished career in home economics and served as Head of the Department at UW.

PHOTO SOURCE
Boelter, Ann Mullen, Photo and information used with the courtesy of Ann Mullen Boelter, member of the Family.