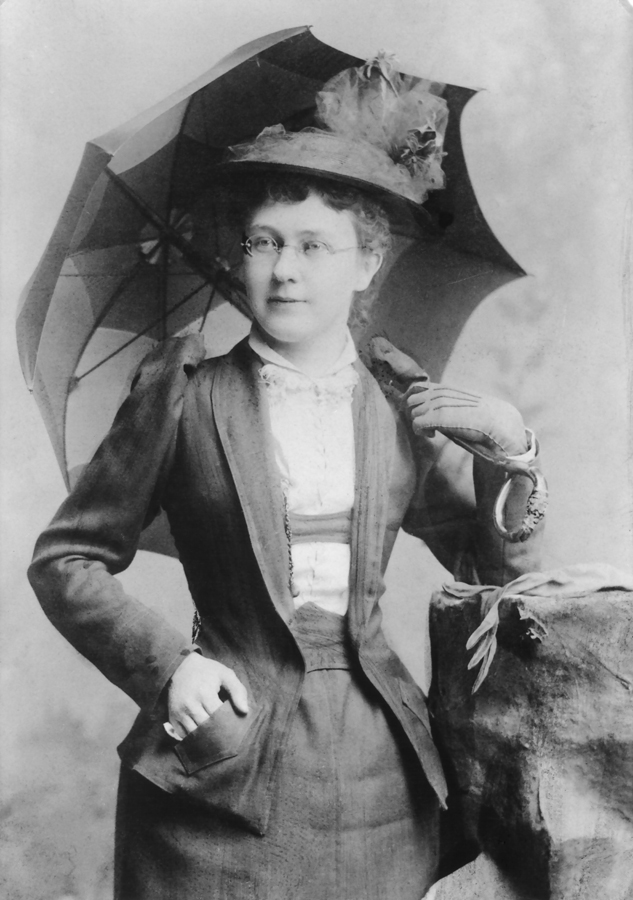 Estelle Reel was the first woman in the nation elected to statewide public office as the Wyoming’s Superintendent of Public Instruction in 1894.

Although she had never sought public office before, the state’s Republican party gave her the nomination and Reel did not disappoint! She campaigned like a champion, traveling the state from corner to corner in spite of the whispers at the impropriety of a single woman traveling alone. On Election Day, she received more votes than any other man  elected to office in Wyoming had gained before.

As the Superintendent of Public Instruction, Reel was in charge of Wyoming’s schools and sought to standardize the curriculum throughout the state, particularly in the state’s poor rural areas. She also served on the Land Commission and the Board of Charities and Reform, earning a salary of $2,000, which many thought too high a salary for a woman.

Reel left office and Wyoming in 1898 before the end of her term when William McKinley was elected president. She had campaigned for him and, in turn, won an appointment as the National Superintendent of Indian Schools, becoming the first and only woman to hold that post and the first woman to receive Senate confirmation.