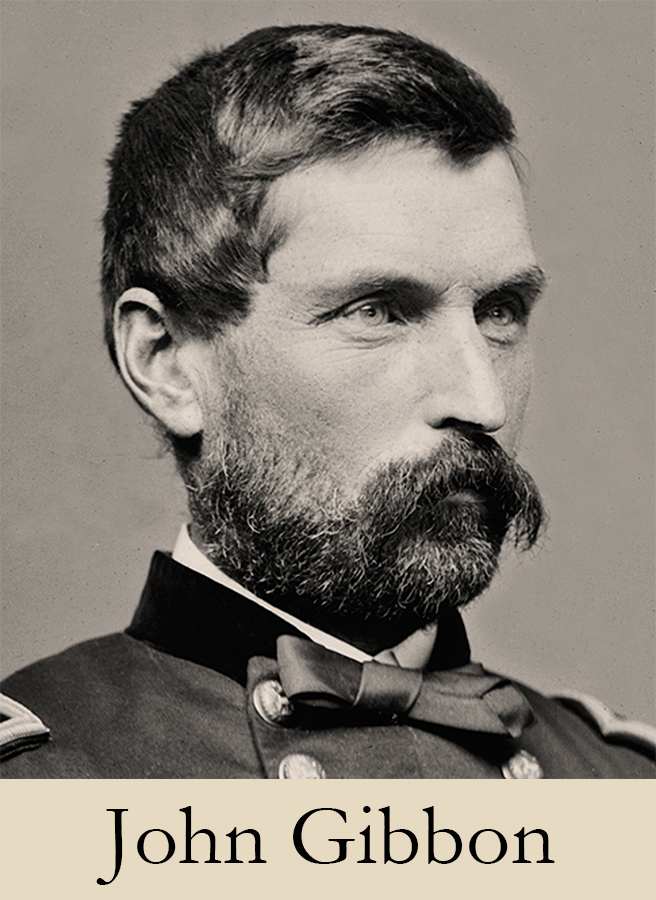 John Gibbon was a career officer in the United State Army who fought in the Civil War and in skirmishes with the Native Americans.

An 1847 graduate of West Point, Gibbon served in the Union Army although his father was a slaveholder and he had many relatives serving in the Confederate Army. He was one of three commissioners for the Confederate surrender. Gibbon was part of a group gathered for a meeting regarding the Union Pacific Railroad at Fort Sanders in July of 1868. Other attendees included Generals P. H. Sheridan, U.S. Grant, William T. Sherman, W. S. Harney and Joseph H. Potter, Commander of Fort Sanders.