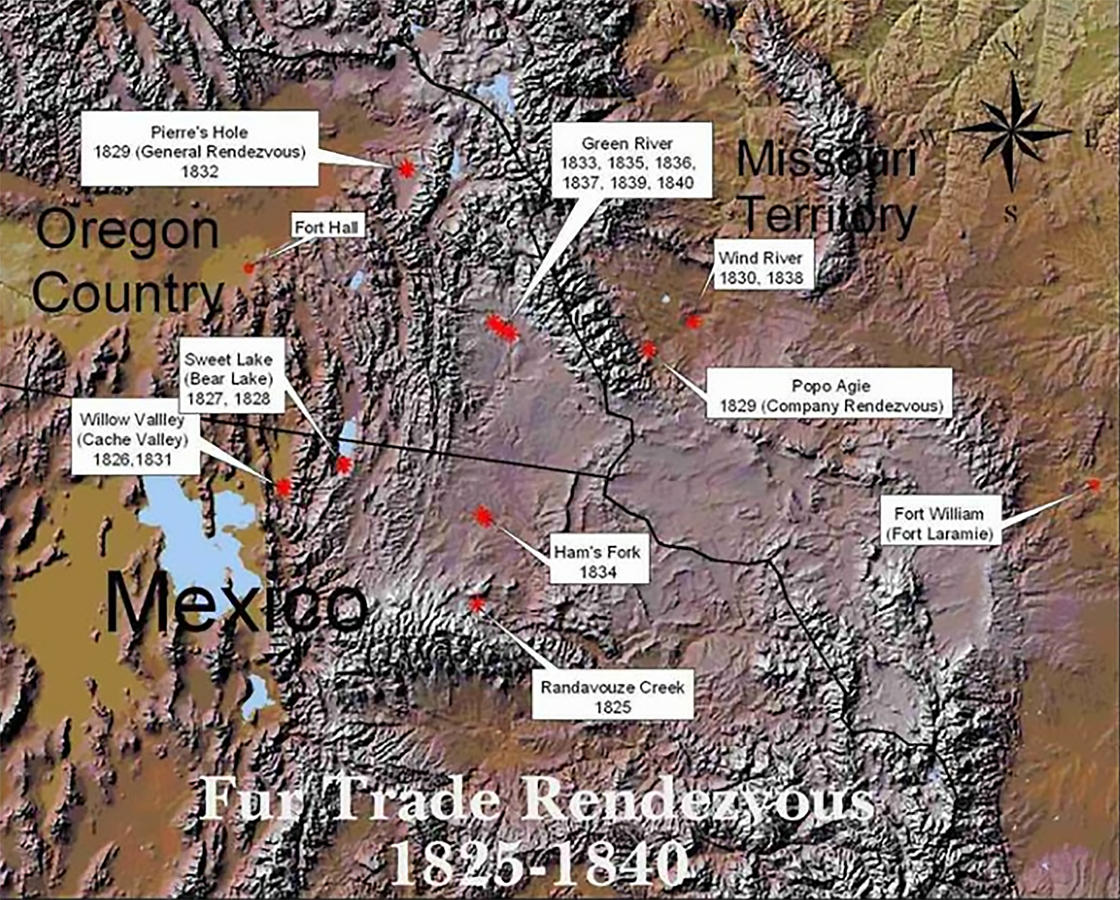 Fur Trade Rendezvous began in Wyoming in 1825 near present day Burnt Fort. Until 1840, they were held near Pinedale, Kemmerer, or on the Wind River near Riverton and Lander.  Occasionally, they were held in Utah or Idaho.

At the 1832 Rendezvous at Pierre’s Hole, there were approximately 120 lodges of Nez Perce, 80 Flatheads, 90 trappers from Dripps & Fontenelle, 100 trappers from the Rocky Mountain Fur Company, 100 men from Sublette and Campbell, assorted independent trappers, as well as a caravan from John Jacob Astor’s American Fur Company in attendance.