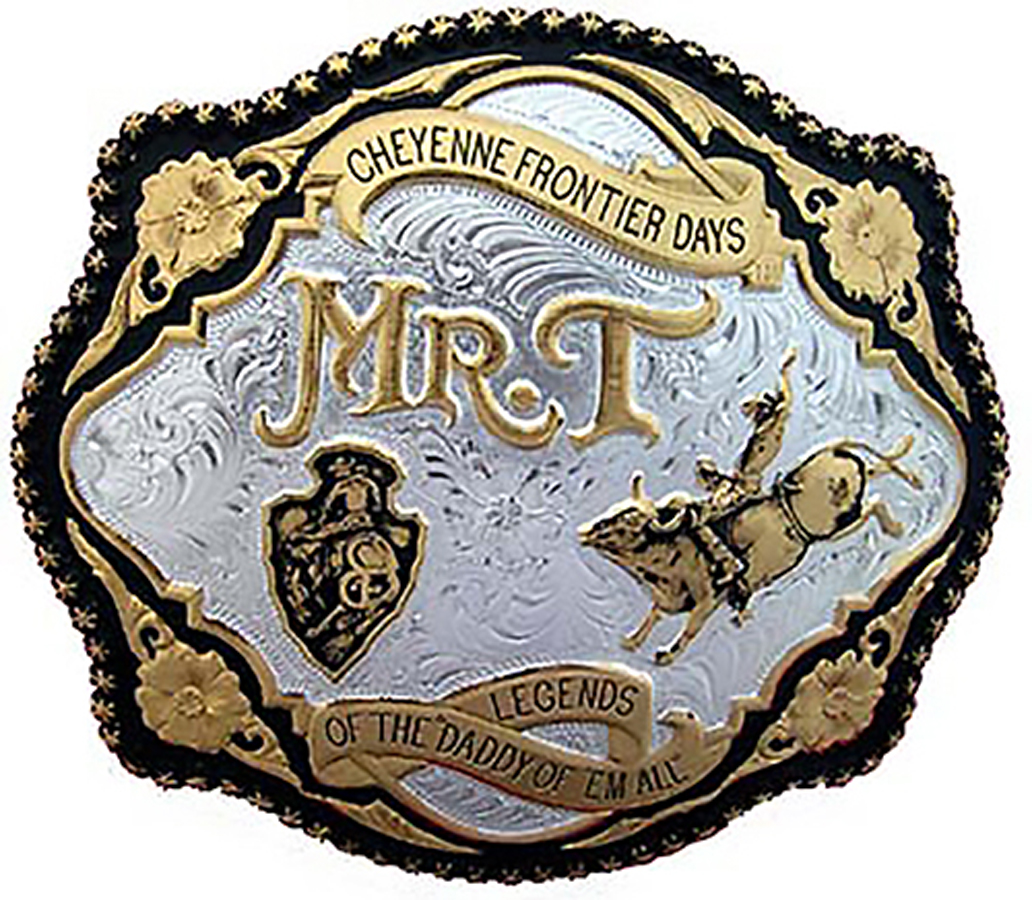 “Mr. T,” a bull, earned his reputation for being mean. Mr. T. was owned by Pete Burns of the Burns Rodeo Company in Laramie who named his prized livestock for the popular television character, Mr. T. However, the difference was that this namesake bull wasn’t acting. He was born mean!